All about the Daiquiri: origins, recipe & variations (2022) 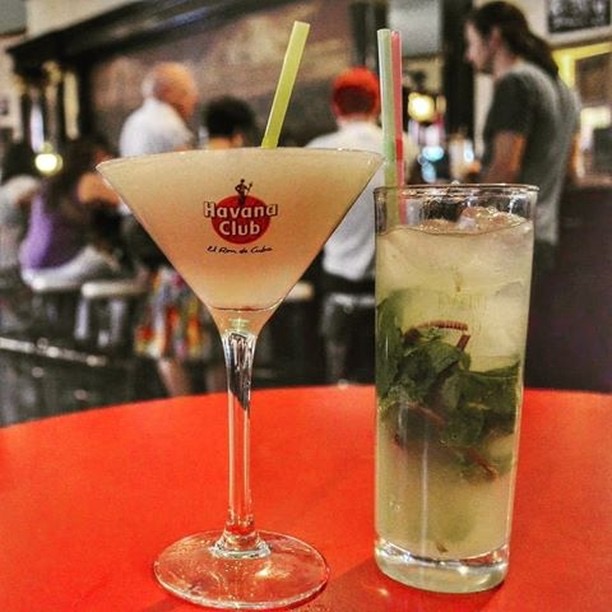 A short history of the daiquiri

Where does the emblematic Cuban cocktail come from? Two legends about the origins of the daiquiri are circulating.

Which one is the right one? Mystery.

Legend of the Daiquiri n°1

At the beginning of the 20th century, an engineer named Pagliuchi visited an iron mine located in Daiquiri, in the east of the country, a few miles from El Cobre and Santiago de Cuba.
He was received by Jennings S. Cox, an American engineer working in the mine.
After the visit, the two men decide to have a drink, but Jennings S. Cox has only rum, sugar and lemons in reserve.
They mix the ingredients in a shaker with ice… the daiquiri is born!

Legend of the Daiquiri n°2

In 1898, in the middle of the Cuban War of Independence (opposing the Cuban independence fighters, supported by the Americans, to the Spaniards), General Shafter lands with his troops in the region of Daïquiri.

There, the American falls under the spell of a cocktail based on rum, sugar and lemon consumed by the Cuban fighters: the Canchanchara.
The General decides to add his own personal touch: ice!

El Floridita, the cradle of the daiquiri

If he is not the inventor, Constantino Ribalaigua Vert, cantinero in the bar El Floridita of Havana, remained in the history as the man who made the daiquiri famous.
He appropriates the recipe, opts for crushed ice instead of ice cubes, and imagines several variants:

Ernest Hemingway, winner of the Nobel Prize for Literature, discovered Cuba in 1928.
He quickly fell under the spell of the Pearl of the Caribbean, where he lived from the 1930s to the 1960s.
No one knows it: Hemingway is rather fond of the bottle.
He discovers El Floridita and becomes a fervent fan of Cuban cocktails, including the famous cocktails of Constantino Ribalaigua Vert.
Problem: the writer is diabetic.
So he asked the cantinero to take his inspiration from Daïquiri #3, but to reduce the amount of sugar and double the amount of rum (we told you he was fond of the bottle!) The cantinero named his cocktail “Papa doble”, “Papa” being Hemingway’s nickname in Cuba and “doble” referring to the double dose of rum in the cocktail.
But you can also find it under the name “Hemingway Special” in many bars.

Enough joking: after this short historical parenthesis, it is high time to get down to business! Roll up your sleeves: here is the recipe for the daiquiri!

Your cocktail is ready: all you have to do is enjoy it!

Variations of the daiquiri

Like Constantino Ribalaigua Vert, many bartenders and mixologists have created variations of the famous Cuban cocktail.
The most famous ones play on a fruity touch, by adding fresh fruits or fruit liqueur:

The frozen daiquiri, invented by Constantino Ribalaigua Vert himself, is also an unavoidable variant.
To make it, you just have to pour the preparation in a blender rather than in a shaker and blend until the mixture becomes homogeneous

July 19, the day of the daiquiri

The famous Cuban cocktail is so popular that it now has its own day: July 19 is officially the day of the daiquiri.

If there is no day to enjoy a good cocktail, it’s still a good excuse to indulge, right?