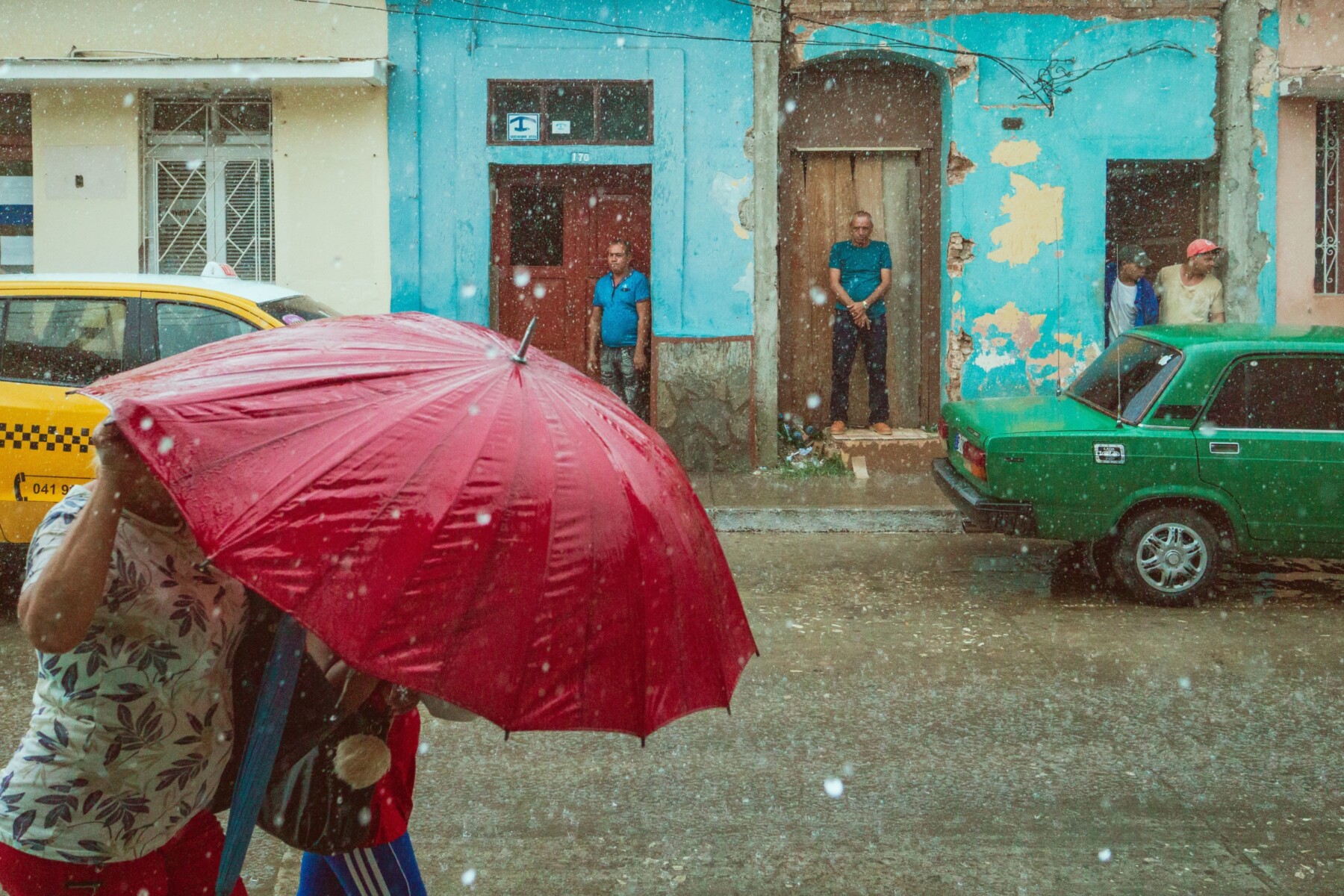 Going to Cuba is possible throughout the year.

Indeed, if the rainy season extends from May to October, it is still possible to spend a week in the dry under a radiant sun.

However, the period from November to April is still the most pleasant, and people with allergies to crowds will only avoid Christmas, Easter and the 1st of May and the 26th of July.

Cuba enjoys a pleasant climate throughout the year, with temperatures ranging from 22 to 30 degrees.

As with all tropical climates, there are two well differentiated seasons, the Dry season and the Rainy Season

What to visit in Cuba during the dry season?

Dry season is best for :

What to do in Cuba during the rainy season?

When is hurricane season in cuba

The hurricane season begins in Cuba on June and ends on November.

The months with more probabilities are: October with 43 hurricanes registered since 1791, followed by September with 35 and August with 18.

That said, don’t panic! has a warning system to avoid personal and material damage, and tourists are systematically warned and evacuated if necessary.

So avoid this season if you want to travel in good weather and without fear of cancellation.

Conclusion : So Dry Season or Rainy season, what is the best time ?

Attending to the climate, the best thing is therefore to visit Cuba in the dry, cooler season, avoiding this way the excessive heat, the rains and the hurricanes.

Nevertheless during rainy season, the weather remains pleasant enough to allow tourists to enjoy their stay.

See also this in depth article : weather in Cuba

For precise weather information on every city in Cuba we recommend the WeatherSpark website which is very detailed.

Which are the months of high and low season in Cuba?

This season also corresponds to the high tourist season. Indeed, in Europe and America, the climate is not in good shape and travellers take advantage of this time to go out in the sun.

Your travel budget is therefore likely to be higher compared to other periods.

Conclusion : high Season or low Season, when to go ?

If you prefer to avoid the hordes of tourists, high season is not the best season to go to Cuba.

If your budget is tight, the low season is the best time to go to Cuba.

Best time for sightseeing : Cuba is conducive to sightseeing throughout the year. You will be able to choose the moment that suits you best to combine cultural discoveries with relaxing stays.

Best time to visit Cuba for dancing salsa : All the year

Best time to visit Cuba for fishing : february to july

Best time to visit Cuba nightlife & parties : April is best, but all the year as well

Best time to visit Cuba for honey moon : november to may

When is the cheapest time to visit Cuba ?

The best time to travel to Cuba is in the dry season from November to April. What happens, is that it coincides with the high season too, and hotels are more expensive.

You should know that what is more expensive in high season, are the hotels and flights (these not throughout the season).

If you are going to stay in private houses (the price hardly varies 5 cuc per day…), you will only be affected by the price of the flight, since the leisure options in Cuba (restaurants, attractions and museums, will have the same price…

If you also want to take into account your economy:

A good month can be May and even the end of April, since the high season is over, it is not as hot as the summer months, and it is one of the months with less rain ( outside the dry season… ). Also, it is not hurricane season.

Overall, the month when the price of a hotel room is the cheapest in Cuba is October. So it’s a good time to go out and save money!

Conversely, January is statistically the highest month of the year in the hotel industry.

DETAIL BY CATEGORIES AND TYPES OF HOTELS

2-star hotel – The average price for a night in a 2-star guesthouse/hotel is 43 €. This price varies only slightly from month to month. Thus, the best price is in October (40 €) and the highest price is in January (44 €).

Hostel/Antel – The average price for one night in a hostel or youth hostel (dormitory or room for 2 adults) is 39 €. This price varies very little from month to month. Thus, the best price is in October (37 €) and the highest price is in January (40 €).

Prices for flights between Canada and Cuba generally range from CAD 500 to CAD 1,300 depending on the time of year, with an average fare of around CAD 850.

And to find the best flights to Cuba, we also advise you to take a look at the offers of the comparator Skyscanner

Average price of flights to Cuba from Canada according to the season :

There are events all the year in Cuba.

1 day we celebrate the New Year and the Triumph of the Revolution.

it takes advantage in the Havana to visit the Fair of the Book and the Festival of the Havana (last week).

Also it is ideal to see in Viñales the Tobacco harvest.

the first week is celebrated in Havana, the Festival of the drum and the Percussion.

If you go more than 15 days, I advise you to visit Nueva Gerona ( Isla de la Juventud ) and that you live the Festival of the Grapefruit.

Visit Cuba in May

on the 1st there is the military parade and the first week in Holguín, they celebrate the Romerías of May.

Special Events in May

the last week of June, the Sanjuaneras Celebrations are celebrated in Trinidad, where cowboys gallop their horses by the streets.

at the end of July there is celebrated the Carnival of Santiago de Cuba and on the 26th the Attack to the Moncada Barracks.

In this month the Cubans are in the habit of being on holiday and they fill beaches and hotels.

Also the Carnival of Havana is celebrated, generally between August 8-12.

It is the month of the return to school.

The International Festival of Music Benny Moré is celebrated in Cienfuegos and on September 8 the Party of The Charity of the Copper, Patroness of Cuba.

the International Festival of the Ballet is celebrated in Havana.

the International Jazz Festival is held in Havana and also at the end of the month Marabana, a marathon which is becoming more and more popular every year.

the International Festival of New Latin American Cinema, the San Lázaro Procession on the 17th, Las Parrandas de Remedios on the 24th and Las Charangas de Bejucal on the 24th are also held.

As if that wasn’t enough, you can live the celebration of the 31st, a real show in Cuba. All over the country people are roasting pigs, often whole ones, for this day.

Register to my Cuba Photography Tour 2023

Discover the real magic of Cuba at the rhythm of light along with Tristan Quevilly, your professional nature guide and photography educator.

Check Out the Itinerary
Book this tour privately

So in summary, when is the best time to visit Cuba?

In short, if you still don’t know when to travel to Cuba, November and December are the best months to go.

Temperatures are milder, but it is still a good time to enjoy the beaches, where the water temperature will be good.

Between January and March there are also good months, but in April it is warmer.

The best time to go will depend on your priorities :

If you need sunbathing, hiking, sightseeing, the dry season enjoys more pleasant weather but it is also the high season in Cuba.

However, if you travel on a budget, want to avoid crowds, want to go to the beach, travel with kids or want to take advantage of the major carnivals, rainy season will be the good time to go.

Finally, the only period to avoid for a stay in Cuba is the hurricane season, between August and October. They regularly hit the coasts of Cuba bringing with them torrential rains and violent winds. Although the climate is generally good during this period, travelers often prefer to exercise caution.

So there you have it.

You now know the best time to visit Cuba

Now all you have to do is plan you itinerary to Cuba and choose the months that best suit your trip.