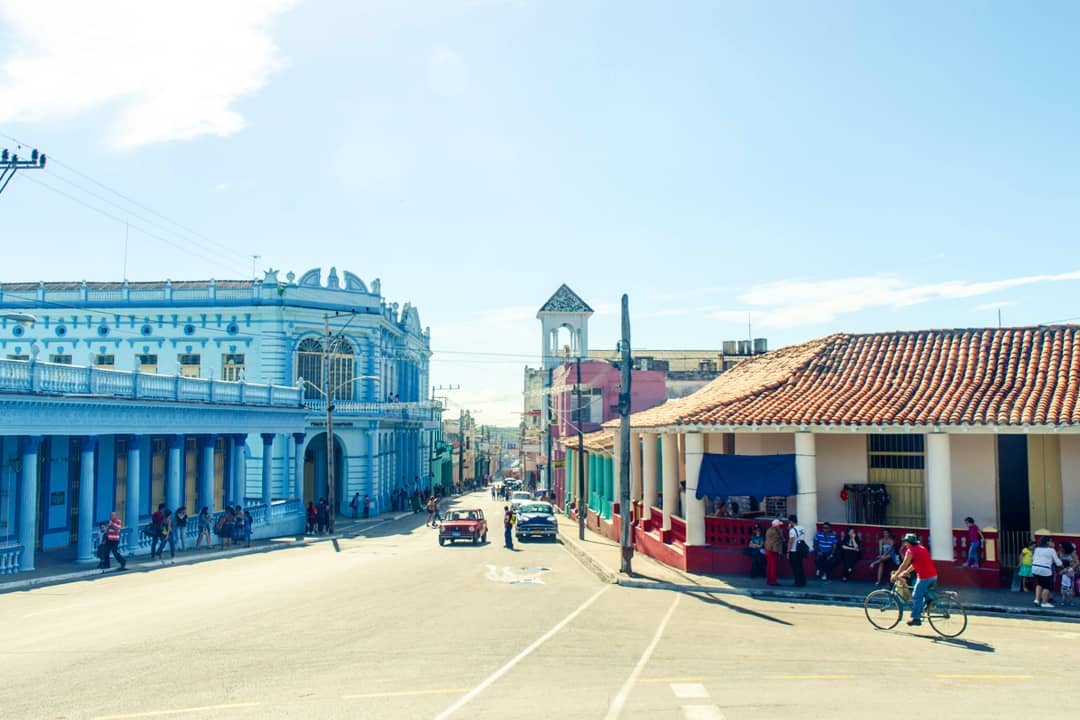 Many travelers limit their exploration of the Vuelta Abajo, the famous tobacco-producing region of western Cuba, to the touristy Valle de Viñales.

However, it is further south, in the vicinity of Pinar del Río, that tobacco is reputed to be the best! Far from the clean charm of Viñales, Pinar del Río shows visitors another face, more raw, more authentic!

Located in the southwest of Cuba, Pinar del Río is the capital of the province of the same name.
With its 190,000 inhabitants, it is also the largest city in the region.

Pinar del Río has none of the charm of the Cuban colonial cities or of the picturesque Viñales Valley, but it is an opportunity to discover another face of the Vuelta Abajo: the tobacco-producing region of the west of the island

How to Get to Pinar del Río

Collective cabs can also take you to Pinar del Rio for a handful of CUC per person.

Things to do in Pinar del Río?

The historical center of Pinar del Río is far from the colonial splendor of the magnificent Trinidad, but its few colonial buildings are still worth a visit.
Remained in their original state, they are as decrepit as one could wish: this is also part of the charm of Cuba!

Built in the 19th century, the blue building that now houses the Fábrica de Tabacos Francisco Donatién was originally a prison.

Batista had some of his political opponents locked up there.
Transformed into a factory in 1961, the Fábrica de Tabacos Francisco Donatién now offers visitors the opportunity to discover the secrets of Cuban cigar making.

A 20-minute guided tour (5 CUC) allows visitors to learn more about the different stages of the process: making, quality control, sorting and boxing.

Dating back to the mid-19th century, the Teatro José Jacinto Milanés was completely restored in the early 2000s.

The structure of this neo-classical Italian-style theater is made entirely of wood.

It can accommodate up to 540 spectators.

If you are passing through Pinar del Rio, the Teatro José Jacinto Milanés is worth a visit!

Local artists, both renowned, such as Pedro Pablo Oliva, and more confidential, exhibit their works and open their studios to the public!

Although Pinar del Rio is famous for its cigars, they are not the only local specialty! Founded in 1892, the Fábrica de Bebidas Guayabita del Pinar produces a guava liqueur known throughout

The factory can be visited (15 minutes) for 1 CUC per person with a tasting as a bonus.

Bottles of Guayabita del Pinar are also available for sale.

Dating back to the 1920s, the Palacio de los Matrimonios is opulent and exuberant to the core.
If you ask the guards, they’ll let you take a look at the rich interior design.

The Museo de Ciencias Naturales Sandalio de Noda is also a good example of exuberance! The architectural style is a clever mix of neo-Gothic and Moorish elements.

Unless you are a natural science lover, we recommend you to be satisfied with admiring it from the outside.

Its collections are indeed a bit dusty (1 CUC/person).

Like the Museo de Ciencias Naturales Sandalio de Noda, the Museo Provincial de Historia is more impressive from the outside than the inside.
The building, dating from the 1870s, was completely renovated in 2014.

The Catedral de San Rosendo is not the most impressive in Cuba, but its pretty pastel yellow facade is worth a look.

What to do around Pinar del Río?

The surroundings of the city of Pinar del Río are one of its main attractions.
The region has a specific climate, particularly favorable to the cultivation of tobacco, but also to the development of a rich and endemic flora and fauna.

It is around the towns of San Juan y Martínez and San Luis, about thirty kilometers south of the city, that tobacco is reputed to be the best in the country.

Located a few kilometers north of San Luis, the Finca del Pinar (also known as the Alejandro Robaina plantation, after its former owner) is the most famous and prestigious plantation in the region.

The Castro regime created the brand name “Vegas Robainan” to thank Alejandro Robaina for his contribution to the cultivation of tobacco.

On site, guides (some of whom speak English and French) share with visitors the secrets of the cultivation, harvesting and fermentation of tobacco.

Count 2 CUC per person for the visit.

Cocodrilos Sabanalamar is an experimental farm dedicated to the breeding of Cuban crocodiles.

Its goal: to preserve this endemic species, now threatened.

On site, guides show visitors the farm and its “boarders”, young and old, (2 CUC / person, 3 CUC extra to take pictures).

Rancho la Guabina is a large ranch of about 1,000 hectares located on the edge of the marsh, fifteen kilometers north of Pinar del Río.

Originally a horse breeding center, the ranch has diversified and now offers a range of activities for tourists: horseback riding, boat tours on the lake, and even rodeo on Mondays, Wednesdays and Fridays.

To get there, you can take a private cab or book a tour through the Cubanacan or Infotur agencies in Pinar del Río (about 30 CUC per person).

From Pinar del Rio, it is possible to go on an excursion to discover the National Park Peninsula of Guanahacabibes, 94 kilometers southwest of the city.

To reach the park, two possibilities: take a cab or go on an excursion organized by the agency Infotur.

The landscapes, fauna and flora of the Parque Nacional Peninsula of Guanahacabibes have earned it the status of Unesco Biosphere Reserve.

In this small natural paradise, there is no shortage of activities: hiking, diving, visiting caves, etc.

Be aware that the park is a protected reserve, so you must be accompanied by a guide (ask at the visitor center).

If you are looking for a casa particular in Pinar del Rio, we highly recommend Villa Manuela (25 CUC/night).
It’s a beautiful casa, spacious and clean: a real little palace with a garden and terraces tastefully decorated.

As a bonus, Manuela speaks French, and cooks lobster to perfection! If you want to bring back some cigars from Cuba, we advise you to stop at the store in front of the Fábrica de Tabacos Francisco Donatién: they have enough to satisfy the amateurs and are very good at giving advice!