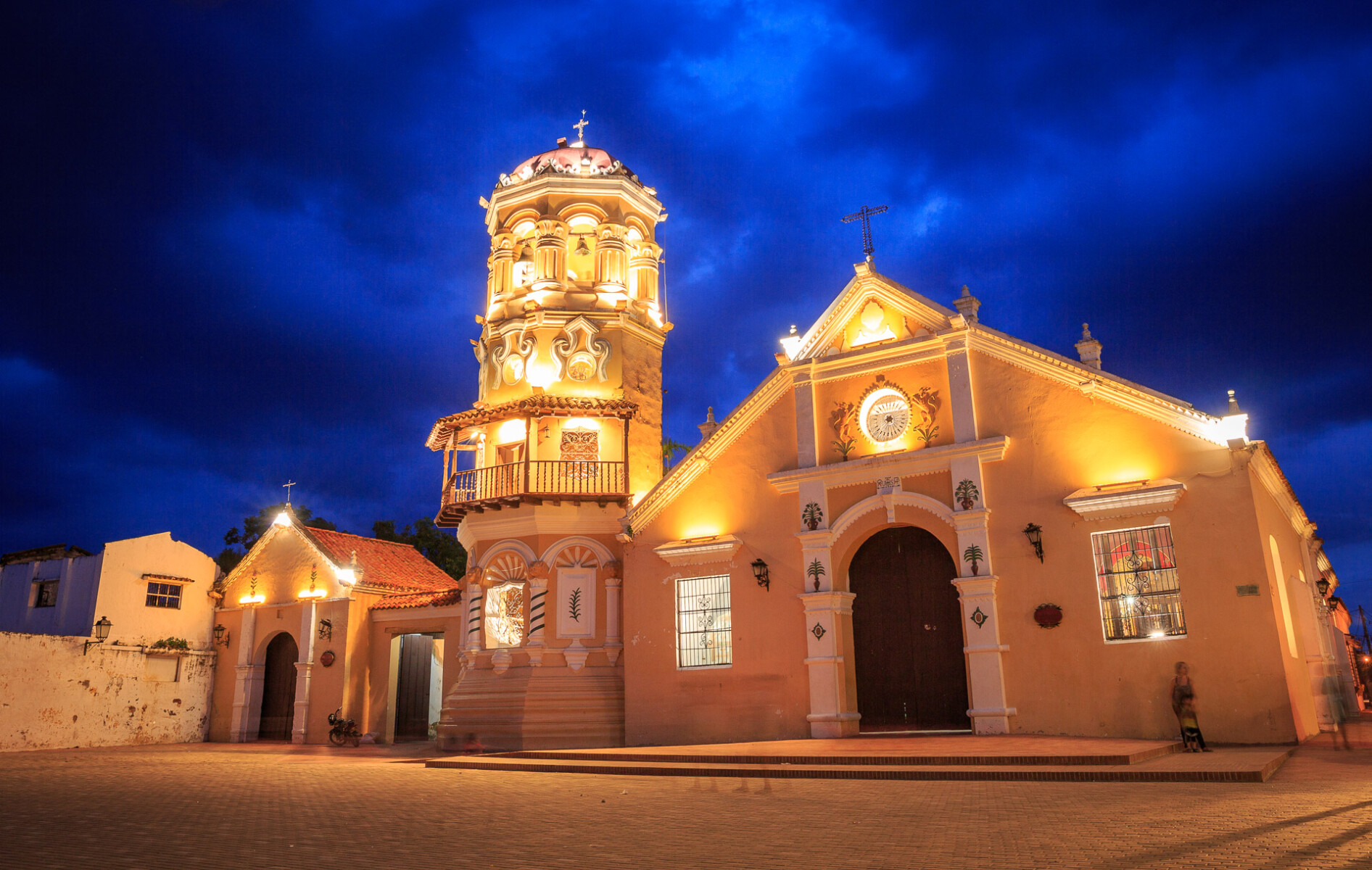 What to see in Mompox ?

Port of call to Cartagena and commercial crossroads, Mompox, or “Mompos”, built its fortune very quickly.

It still has today a rich colonial architecture that attracted the aristocracy of Cartagena at the time.

A rebellious city, it was the first to emancipate itself from Spain and for a time welcomed the “Libertador” Simon Bolivar.

Because of its isolation, Mompox has escaped the heavy transformations of modernism and has kept intact its atmosphere of yesteryear.

As if frozen in time, Mompox exudes an undeniable charm.

Stroll along the wall on the banks of the Magdalena river, in the Bolivar and Santander parks and in the botanical garden.

Along the water, enjoy the picturesque landscapes of this marsh.

How to get to Mompox ?

From Bogotá and Bucaramanga

Take the road to the coast along the Troncal del Magdalena to the village of El Burro. About 10 kilometers before the municipality of Pailitas, in the direction of Tamalameque and El Banco, department of Magdalena, cross the Magdalena River (Mompox arm) by ferry and continue to Mompox, the final destination.

Take the coastal road to Bosconia, take the road that leads to Plato to La Gloria and then the detour that goes to Santana crossing the Magdalena River by ferry (Mompox arm), you will reach Talaigua Nuevo and a 20 minute (15 kilometers) ride to Mompox.

From Barranquilla and Cartagena

If you are going from Cartagena or Barranquilla to Mompox, it is necessary to leave from the transport terminal of either city, and for reasons of capacity, arrive at least one hour before the departure time. The trip from either of the two origins takes about four hours to the municipality of Magangué, but the bus must always wait until one o’clock in the afternoon, when a ferry boat makes a 90-minute trip down the Magdalena River to the port of Cicuco or La Bodega and from there continues the trip that takes another 45 minutes to Mompox. The return trip to either of the two capital cities begins at six in the morning, and the ferry intercepts at half past eight.

The same trip can be made in a private vehicle, taking the ferry to a

Founded in 1537, it is one of the most beautiful and best preserved colonial towns in Colombia, which has earned it international recognition by UNESCO as a World Heritage Site.

Mompox is a historic city, because in addition to having served during the colonial period as the seat of urban settlement, it was also a stopover and an important port for the collection of goods for distribution in one direction or another to the interior of the country or to the Atlantic coast. Located on the Mompox branch of the Magdalena River, the city today magnificently preserves its houses, mansions, streets and temples and the cemetery, considered one of the most beautiful in the country.

Book your tour to Mompox Now

The manual dexterity and creativity of the artisans give artistic form to their gold and silver filigree jewelry and to the creation of rocking chairs and chairs made of wood and momposino wicker.

The religious spirit and fervor of the inhabitants of Mompox are traditional and are complemented by the architectural beauty and art that enclose its temples and the set of well-preserved colonial streets where the Holy Week processions circulate. Thousands of people come year after year to observe or participate in the acts and processions integrated by volunteer Nazarenes who gather in their homes or in a venue.

The religious activity in which the colonial temples participate begins with a tradition known as La Procesión del Despedimiento, popularly called El Paso Robado. Throughout the week there are processions, liturgical acts and cultural events, and it closes on Easter Sunday with the Easter Vigil.

Where to Stay in Mompox ?

In Mompox it is very easy to find lodging in the historic center in some of the old mansions that have been carefully remodeled and adapted to provide excellent service to guests, as well as in small houses that serve as hostels known as bed and breakfasts. A little farther from the center there are executive hotels and guesthouses for businessmen and traveling agents.

How to get around in Mompox ?

Although there are municipal transport vehicles, the most common are rapitaxis or small motorized tricycles.